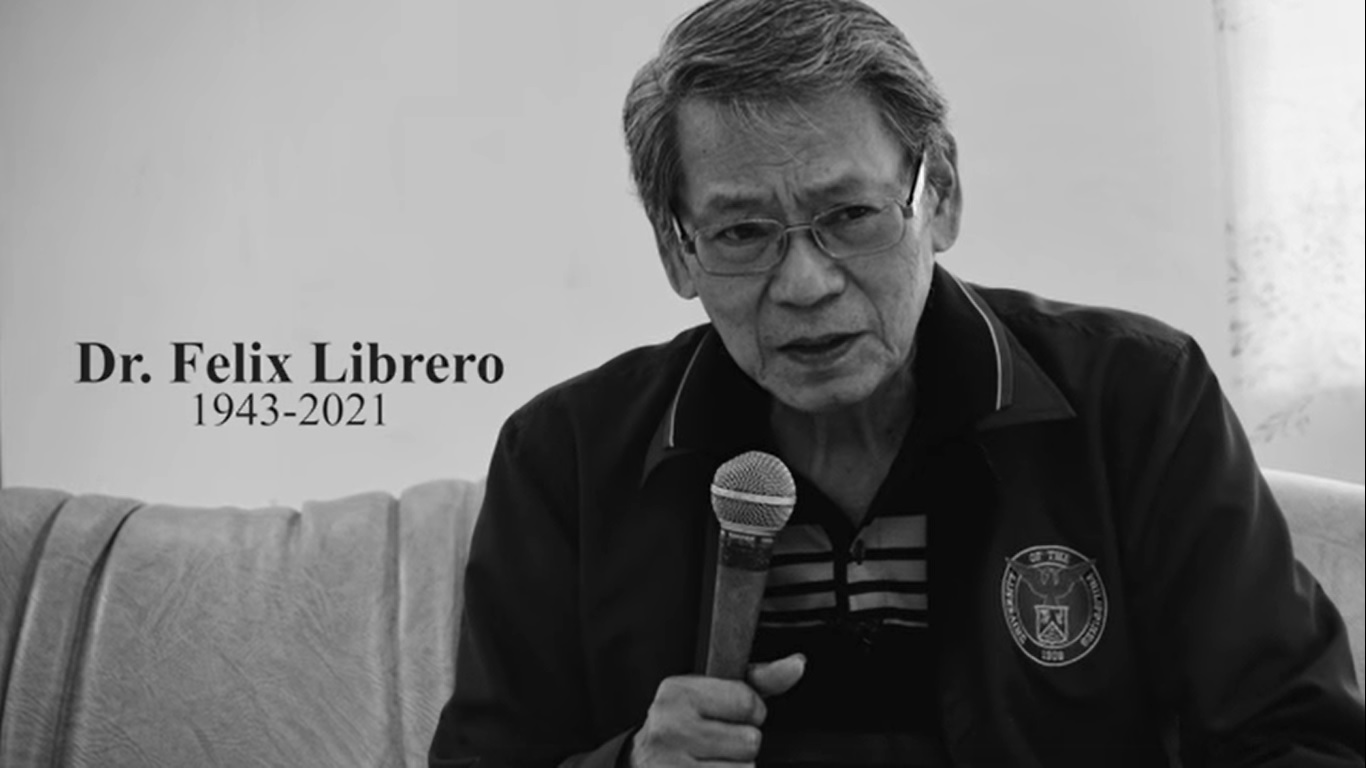 “At some point in one’s life, death is the only thing that must happen.”

This was how Professor Emeritus Felix Librero concluded one of his musings on the subject of death in his blog, Connecting, back in February 2017. While his was a matter-of-fact declaration of a universal truth, its simplicity and directness did not take away from the complexity of human emotion that resulted from the news of his passing on March 16.

Sadness, shock, disbelief, regret. These were only some of the reactions people expressed when they learned that he was gone. He succumbed to liver cirrhosis at the age of 77.

The wealth of wisdom and knowledge he chose to share with the world through his publications and lectures, his mentorship and guidance, had a deep and lasting effect on his students and colleagues in the University. This is evident in the many recollections and stories about him that have been shared in social media groups. That he was well loved in the academe, that he was much appreciated by people who have had the privilege of interacting with him, is certain. The UP community, especially those in UP Los Baños (UPLB) and UP Open University (UPOU), is feeling this great loss.

“Sir Lex,” as he was known to most in UP, was born on May 30, 1943. He grew up in Itbayat, Batanes, where he said he “had to work the dirt almost 24/7 to eke out a living”. He left for Basco in 1959 to study in Batanes National Science High School. In 1963, he entered the UP College of Agriculture in Los Baños, Laguna, which was not UPLB, the constituent university then.

After graduating in 1968 with a degree in Bachelor of Science in Agriculture, major in Agricultural Communications, he began his University career. He rose through the ranks—from being DZLB station supervisor, to becoming an instructor, and eventually a full professor. It was also in UPLB where he earned his Master of Science in Development Communication degree in 1974, while he finished his Doctor of Philosophy in Instructional Systems Technology degree in 1981 from Indiana University, USA. 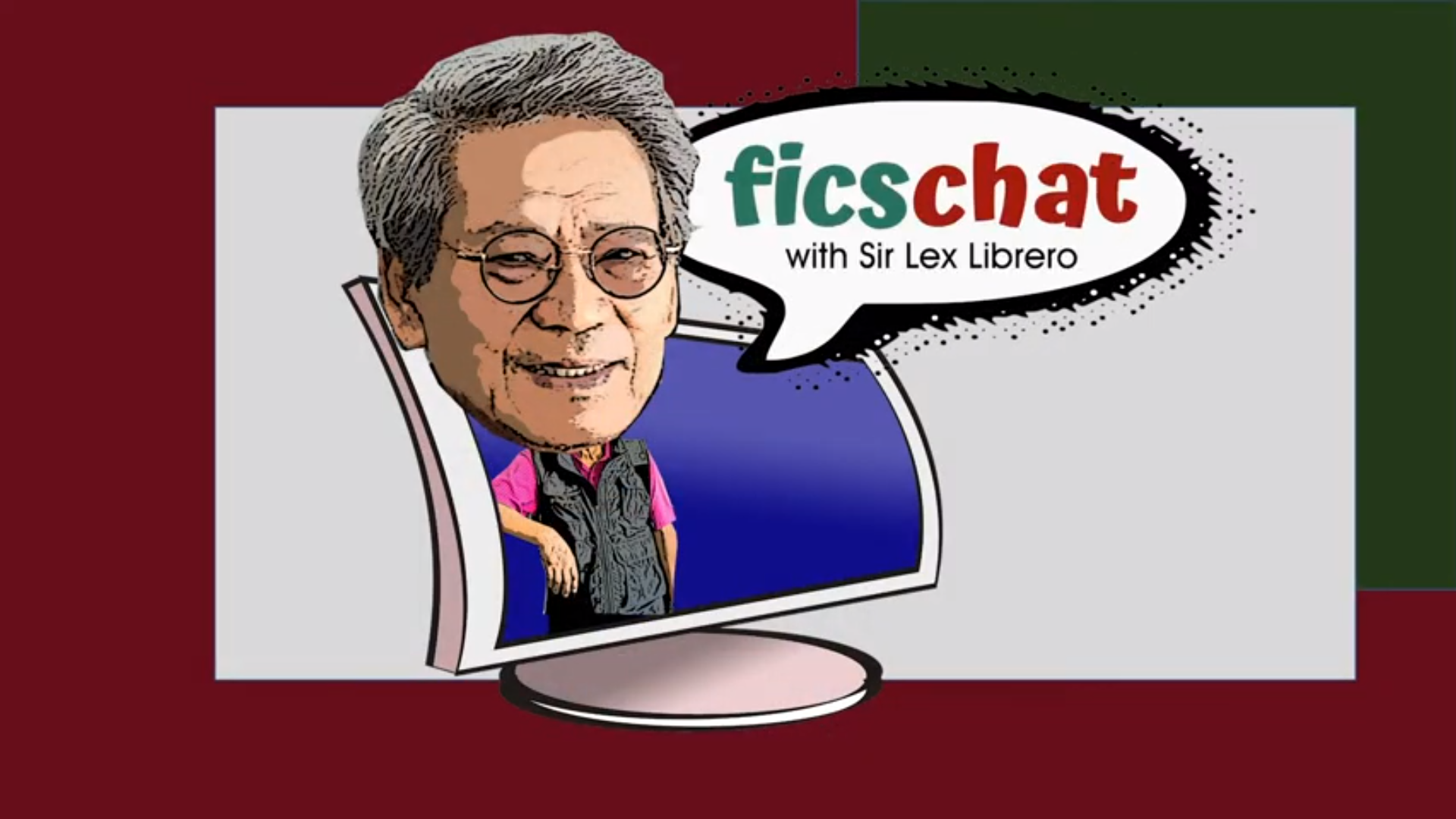 He occupied administrative positions as well. In UPLB, he served as department chair of Department of Development Communication and was later its director when it became an Institute. He was also appointed associate dean of the UPLB College of Agriculture. In UPOU, he was dean of the School for Distance Education, later on becoming its vice chancellor for research and development, and eventually serving two consecutive terms as its chancellor.

In 2008, UP’s centennial year, he was selected to be part of the University’s highest governing body, the Board of Regents, as faculty regent. “I was assured that there would be only one Centennial Faculty Regent within 100 years,” he said. He turned 65 that same year and while that was the compulsory age of retirement, his valuable expertise was still needed by UP. His appointment as Professor 12 was extended for five more years, in accordance with the rules of the Civil Service Commission.

“I shall be (what I call) absolutely retired,” he said of his coming 70th birthday in 2013. “Absolutely retired” but with plans on how to spend his days as retiree: to continue doing research, writing, editing, teaching, giving lectures, and perhaps take a brief break “before moving on again”.

Three months before marking his seventh decade, the University conferred upon him the rank and title of Professor Emeritus, effective upon his retirement. And he made good on his retirement plans. Among his other activities, he continued to teach in UPOU as professorial lecturer, was chief editor of the International Journal of Open and Distance e-Learning, and until last year, was still giving lectures on “topics and issues many undergraduate and graduate students are interested in, such as writing theses, development communication, media research, and the like”. This includes the web series he conceptualized himself that premiered on 04 September 2020, FICS Chat with Sir Lex.

He is survived by his sister Juanita, wife Jeanette, son Al, daughter-in-law Vanessa, and grandson Aiden. His first wife and Al’s mother, Araceli, passed away in 2003.

Some resources from Professor Emeritus Felix Librero may be read or viewed in UPOU Networks.

There has been a problem with your Instagram Feed.
Retweet on TwitterUP Open University Retweeted
AvatarUniversity of the Philippines@upsystem·
15h

Please be guided by the following announcements from the @UPOpenU Office of the University Registrar (OUR).
For more details, visit https://registrar.upou.edu.ph
#OURAdvisory #UPOpenUniversity #elearning