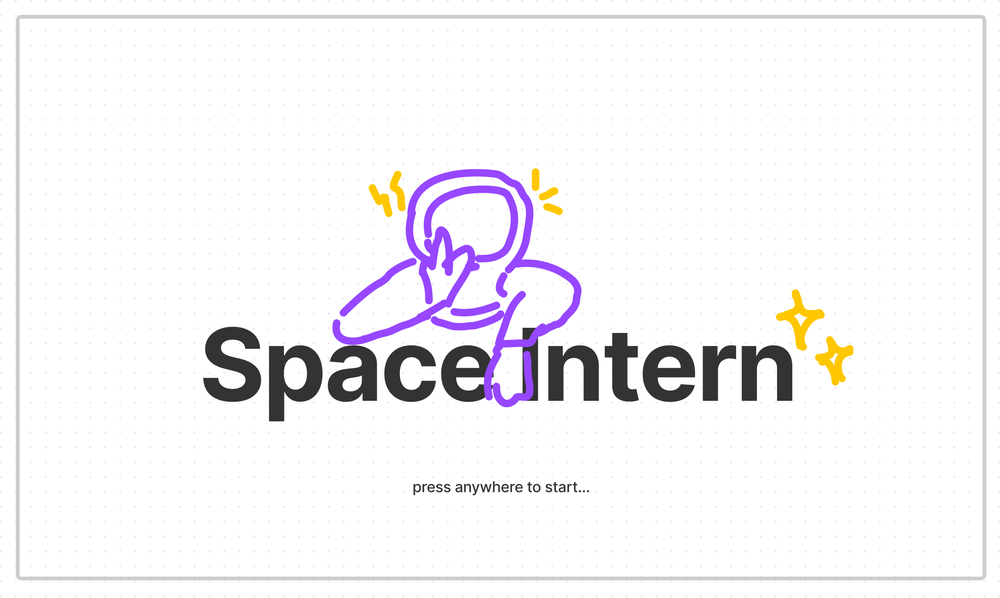 “I wouldn’t trade my education in UPOU for anything else,” declared Isaiah Crisanto, a third-year Bachelor of Arts in Multimedia Studies (BAMS) student at the University of the Philippines Open University (UPOU).  UPOU education allowed Isaiah and his team–aptly named HANDAKA Space Exploration–to participate and win as New York City Local Winner and Global Nominee in the NASA International Space Apps Challenge on 2-3 October 2021. 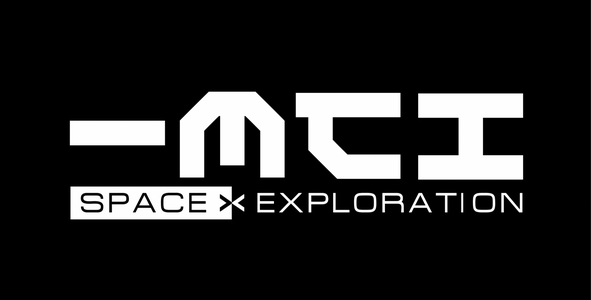 Isaiah shared that UPOU students have the flexibility to work and study from anywhere in the world due to UPOU’s open and distance elearning (ODeL) mode of education.  Through the ODeL method of learning, he was able to develop his skills in managing remote teams and improve his abilities in collaborating and communicating with people online.  As such, Isaiah was able to form and organize his team and join in what has been considered as the largest annual space and science hackathon. 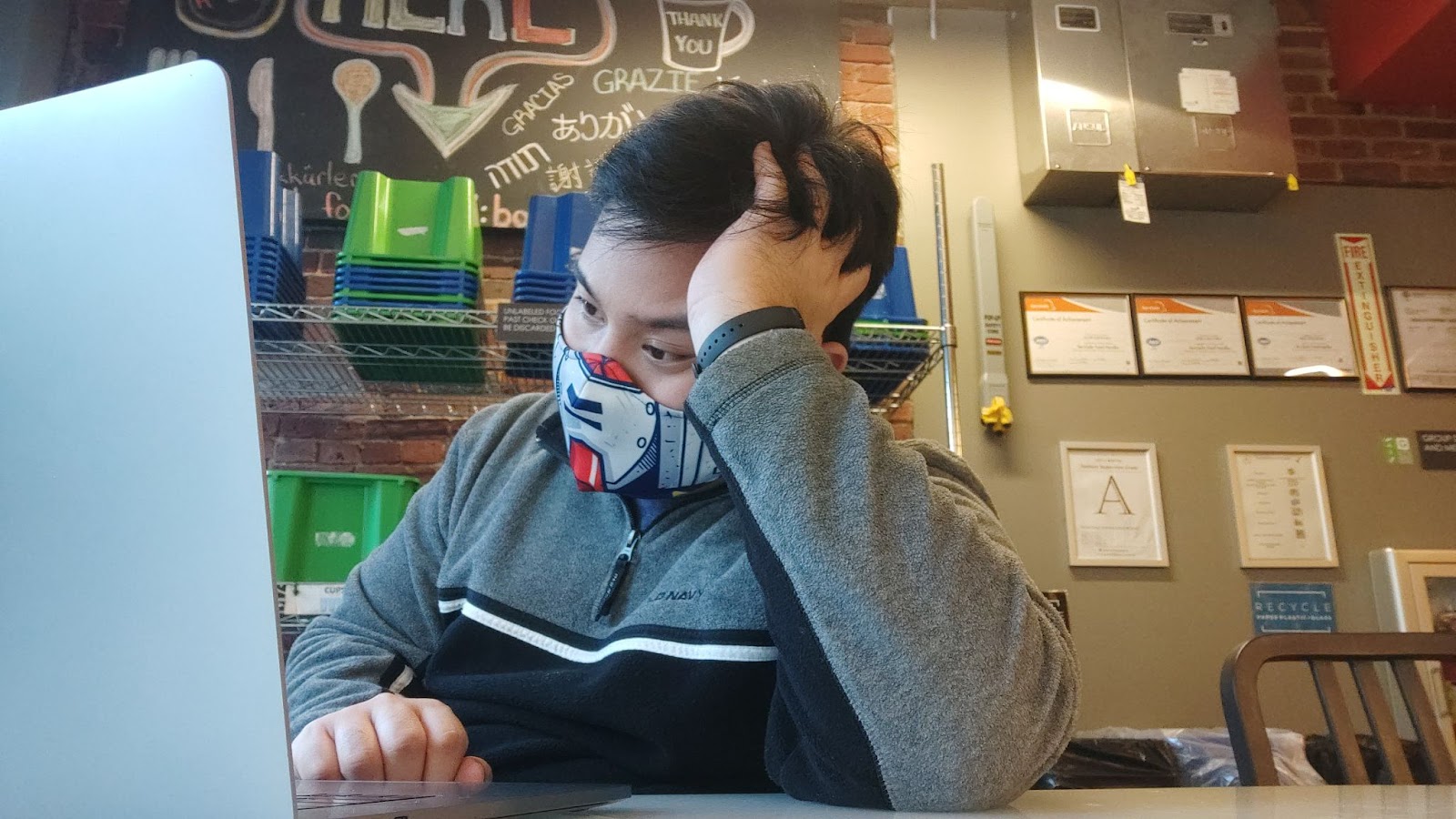 Isaiah Crisanto studying on the road

A hackathon is “an event in which computer programmers collaborate intensively with one another and sometimes with people in other specialties over a relatively short period of time to create code usually for a new software product or service,” as defined by Merriam-Webster dictionary.

According to its website, the NASA International Space Apps Challenge (Space Apps) is an international hackathon for coders, scientists, designers, and other related fields, where teams engage the National Aeronautics and Space Administration’s (NASA’s) free and open data to address real-world problems on Earth and in space.  The webpage also declared that this year’s event had more than 28,000 registrants from 162 countries and territories and created 2,814 projects.

Isaiah’s journey with the NASA Space Apps Challenge, however, was not a walk in the park.  He started joining the hackathon in 2019, and it took him three attempts to win as a local winner and to be considered as the Global Nominee.  He shared that he’s been so used to losing the said competition that he and his teammates were already asleep during the announcement of the local winners.  He reminded his fellow UPOU students that success may not come on the first try and advised them to keep trying until they succeed.

The HANDAKA Space Exploration is composed of five members with Isaiah as the team leader.  Isaiah formed the team by inviting his former high school classmates Niko Gonzales from UP Diliman as the programmer and Luis Bautista from ADMU as the game designer.  He also asked his cousin Monique Nepomuceno, who is also from UPOU and a first-year BAMS student, to join as the researcher, and his little sister Veronica Crisanto, a grade 6 student from St. Bridget School to be the artist of the project.  They responded to the hackathon’s challenge dubbed as “THE TRAIL TO MARS: CAN YOU KEEP YOUR CREW ALIVE” by creating a concept and demo for a web-based video game called Space Intern, which they assembled in less than 48 hours using real-world data from NASA and its partner space agencies.  Space Intern is an interactive role-playing game (RPG) where the player serves as an intern on NASA’s first mission to Mars.  Isaiah disclosed that Space Intern’s design language and style are very intentional since they wanted it to resemble a paper-based game and make it appear that the notes are from the space interns themselves.

As local winner and Global Nominee, Isaiah, together with the NYC SpaceApps Ambassadors Katelyn Hertel and Dominique Morris, had the privilege to visit the laboratory and projects of Ariel Ekblaw, who is the the head of the Space Initiative at the Massachusetts Institute of Technology (MIT) Media Lab.  The once-in-a-lifetime experience enabled them to witness the many cool projects, robots, and equipment, and even got to touch an experiment that is going to the International Space Station next year. 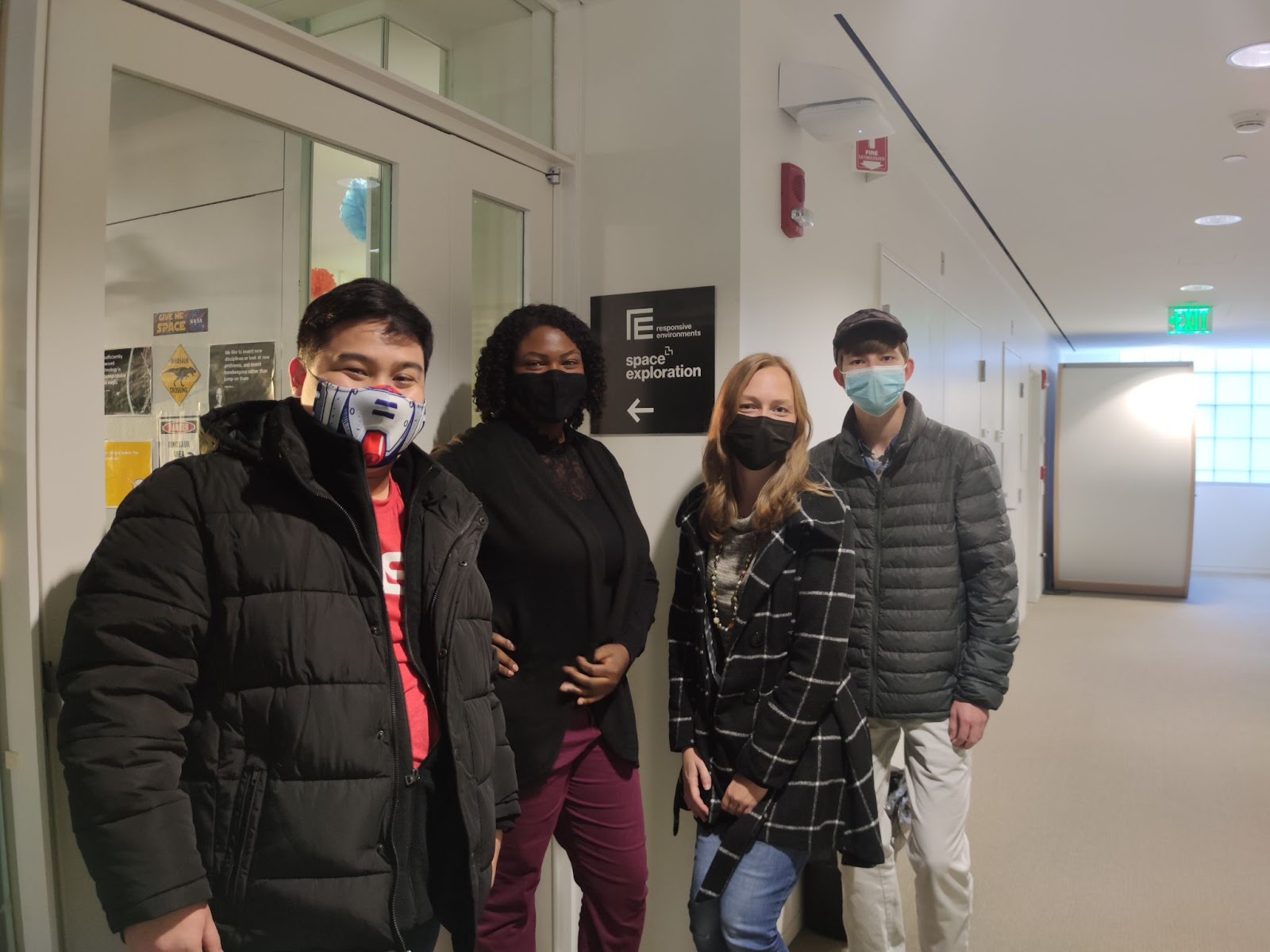 The host team at NYC SpaceApps and winner pose in front of the Space Exploration Laboratory. 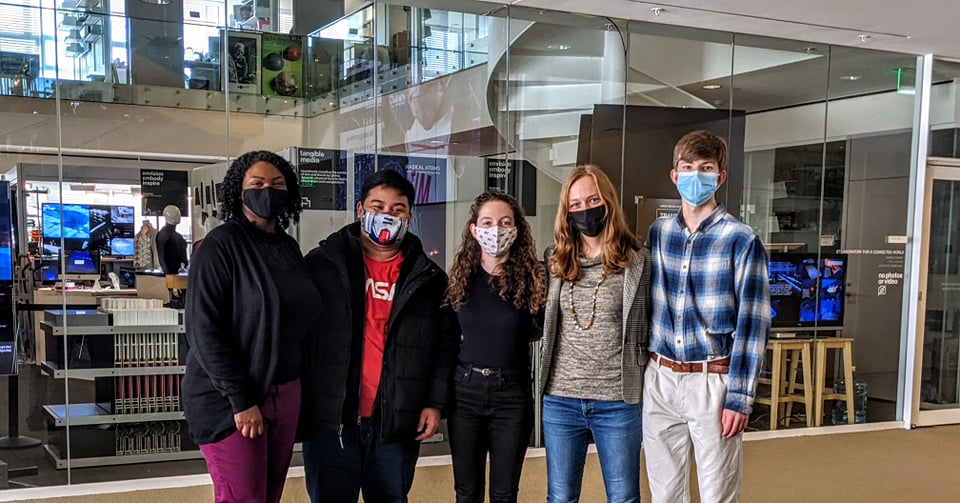 The head of Space Initiative at the MIT Media Lab, Ariel Ekblaw, tours members of the NYC Space Apps host team and Isaiah Crisanto around her lab. 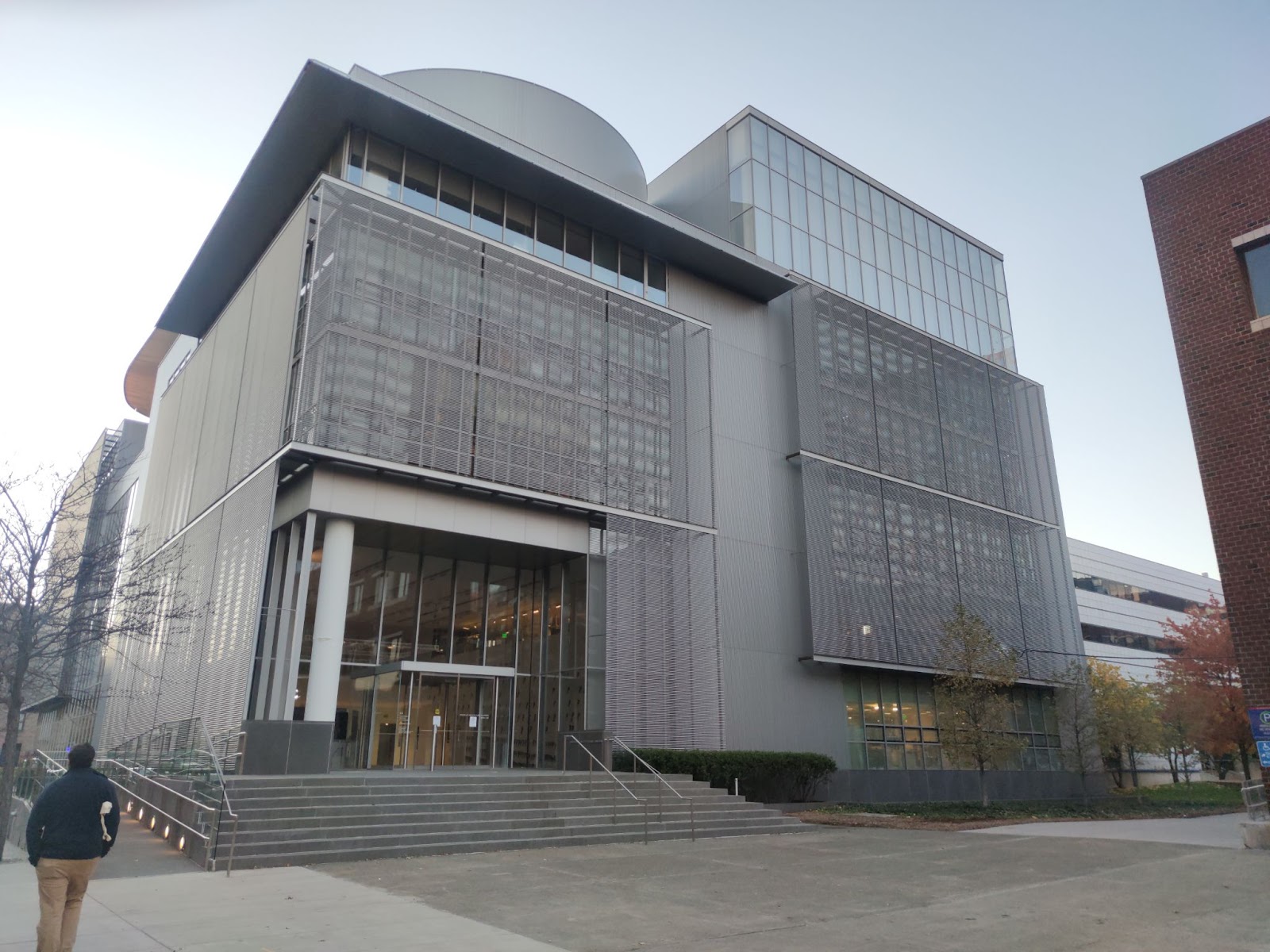 Exterior view of the MIT Media Lab in Cambridge Massachusetts.

Aside from being a full-time student and leading the HANDAKA Space Exploration team, Isaiah is also working on building websites and mobile applications for non-profit organizations and government agencies.  He’s also excited with his recent application for an internship at the Philippine Space Agency (PhilSA) through the UPOU Alternative Learning Activity (ALA) program.  He enjoys LEGO, Star Wars, Stargate, and Flags.  He has a passion for design, and his advocacies focus on the environment, technology, feminism, and language.  He knows how to write in Baybayin and teaches everyone he meets how to write their names using the original Filipino writing system.

Currently, the HANDAKA Space Exploration team is gearing up for the Global Judging process happening this November, where the Global Finalists of the NASA International Space Apps Challenge 2021 will be selected.  Isaiah and his team are excited about it, but regardless of the outcome, they are already winners.

For more information about the NASA-organized hackathon, you may access the NASA International Space Apps Challenge 2021 website.

There has been a problem with your Instagram Feed.
AvatarUP Open University@UPOpenU·
12 Nov

The University of the Philippines Open University (UPOU) has swept all three Prizes of Excellence awarded by the Norway-based International Council for Open and Distance Education (ICDE) this year.
https://www.goodnewspilipinas.com/up-open-university-sweeps-international-prizes-of-excellence-in-norway/